Greetings and salutations everybody!! This past weekend I had the opportunity to check out some of the amazing films being screened at the Frameline37: San Francisco International LGBT Film Festival!! Started back in 1976, it is the first and oldest gay film festival in the country. For years I have always wanted to attend the festival. Even though I'm straight, I love to watch all kinds of cinema, regardless if it's gay or straight. Cinema offers people to travel different places, back through time, and to learn about lives of people from all around the world. I missed out on the opening night film and party on Thursday, but this past weekend I had the opportunity to check it out the festival and see some amazing films, which were all screened at the majestic Castro Theatre! 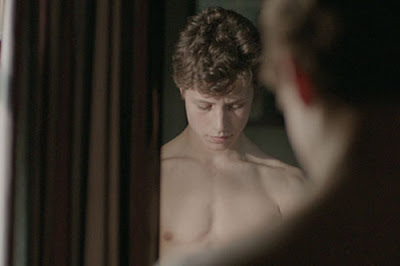 The first screening I attended on Friday was the shorts program entitled KISS ME SOFTLY. The program consisted of five shorts from all across the globe!

HOMOPHOBIA: A young man in the Austrian Military experiences homosexual feelings towards one of his comrades. The suppressed conflict bubbles up during their last night at the border, socially isolated and armed with loaded weapons.

KISS ME SOFTLY: 17 year old Jasper lives in a very grey, small town. In his family, he cannot be himself. Jaspers dad is a singer, named Lukkie Luk. All the attention in the family goes to his career. Jasper searches a way to handle this and is faced with the typical questions in the live of an adolescent. Questions that will not be answered when he stays in his own routine.

JULIAN: Set in a year 4 classroom in 1981, "Julian" explores a day in the life of a 9-year-old boy. Julian's need to speak his truth and his strong urge to do what he thinks is right begins to unravel his world. Throughout the day Julian is forced to deal with a bully, an impatient teacher turning a blind eye and a principal with a secret. As Julian faces these challenges we begin to see the qualities that will inform the man he is to become.

HATCH: A newborn's destiny hangs in the balance, as grownups come to terms with what they can't have. 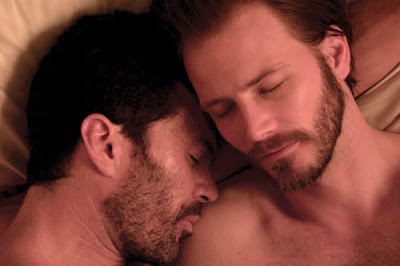 The next film I saw was PIT STOP, which was directed by Yen Tan. Set in a rural small town in Middle America, the film focuses on two gay men, Ernesto (Marcus DeAnda) and Gabe (Bill Heck) and their particular situations. Ernesto lives with his boyfriend, who he has just broken up with a month ago. Gabe has an ex-wife and a daughter, but his wife wishes that he wasn't gay.  Both men attempt to move on with their lives and search for love and companionship while trying to work out their problems. And on a side note, the film contains of the longest, most realistic (and steamiest) love scenes ever captured in queer cinema! My glasses fogged up from all the heat that was coming off the screen!

Tan does an incredible job of directing this remarkable and heartfelt film. Using long takes with no cuts, close-ups, long pauses with no dialogue, he is able to convey emotion and longing with such conviction and authenticity! We care so much about these two gay the men that we are so emotionally invested with them that by the time the film ends, we feel as if they are real people. This is thanks in large part to our two lead actors Heck and DeAnda (somebody give these guys and Academy Award nomination because they were incredible)! After the screening, Tan and DeAnda participated in an informative Q&A with the audience. Also announced during the Q&A was that the film has been picked up for distribution by my friends over at Wolfe Video, one of the oldest film distributors of queer cinema! When I was a film student at De Anza College I interned at Wolfe and I learned so much about independent film distribution and I watched so many great movies. So look for this to come out on DVD in the near future. Folks this is what a great indie film should be! 5 out of 5 stars!! Highly recommended!! 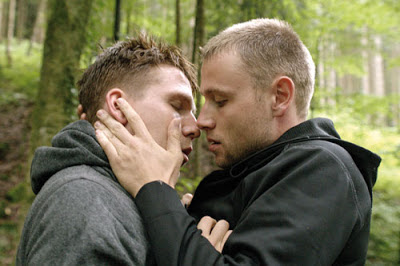 Film number three was the German film FREE FALL (FREIER FALL), which tells the story of Marc (Hanno Koffler), a young police cadet with a beautiful pregnant girlfriend Bettina, who finds himself falling for his mysterious and rebellious roommate Kay (Max Riemelt). Soon Marc starts to live a double life: a devoted son-to-be father and provider and a man exploring his newly discovered gay persona and sexuality. Tensions flare up as Marc needs to decide who he is and what (and who) he wants in his life or else he will lose everything he holds most dear.

Another intriguing gay film, director and co-writer Stephen Lacant does a superb job of creating an atmosphere filled with passion, longing, love, deceit, and self discovery. Both Koffler and Riemelt have great on screen chemistry, which made the audience sit on the edge of their seat to watch these two men love and fight over and over again. This was one great drama that will sure please audiences all around the world! Also announced after the screening was that the film was also picked up by Wolfe Video, so make sure you pay their website a visit soon! Another great dramatic film at Frameline! 4 out of 5 stars!! Recommended!! 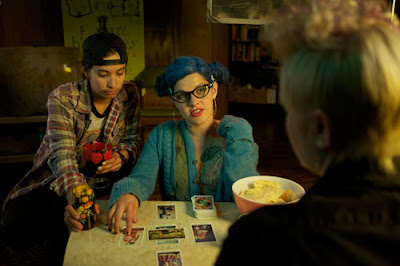 The fourth film I saw on Friday was the locally made, lesbian film VALENCIA, which was totally off the hook! Shot right here in San Francisco, it was based on the novel of the same name by Michelle Tea. Our lead character is named "Michelle" and we see her life the way that she sees it, and we witness her life and the all her girlfriends that seem to come and go. In the end, Michelle is linked to that famous (or infamous) street and is used as a metaphor about life in the city. Filled with lesbians, butch dykes, punk rockers, hipsters, riot grrls, artists and such, the film had an infectious DIY attitude and was very reminiscent of  The New Queer Cinema movement of the early 1990's

Now the film wasn't shot like your typical movie. Instead 18 different cast and crew made the film, each one covering one of the 18 chapters in the book! And each chapter of the film uses a different "Michelle" to show the audience that everyone at one point in their life has been her. This unique filmmaking approach made the screening exciting, bizarre, funny, and cool, hip, and unconventional.  After the screening, a majority of the cast and crew (including the author herself) came up to the Castro staged and participated in a rousing and fun-filled interview and Q&A. Raw, unflinching, and very experimental, VALENCIA is a perfect example of San Francisco filmmaking! 4 out of 5 stars!! Recommended!! 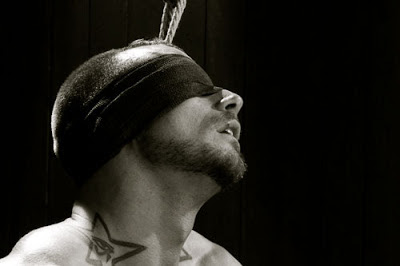 Back in December of 2012, I took a took at the famed Armory and I have to tell you, it was one of the most interesting tours I have ever been on! The air in the building was filled with sex, fun, and it was intoxicating! There are so many different rooms catering to a specific fetish, it's astonishing to witness it all (especially when you visit the Upper Floor)! The film was very informative, funny, introspective and sexy as hell!! After the screening a couple of Kink.com directors and one performer came up to do an interview as well as a Q&A session. Overall, KINK is definitely not for children, but for all you consenting adults out there, this is one documentary that you really need to see!! 5 out of 5 stars!! Highly recommended!!

And folks there you have it! My first day at Frameline37!! Even though I'll only be here for this weekend, the festival continues until June 30th so there's still time to check out all these amazing films! To purchase tickets, passes, and to view the screenings schedule, visit their official website at www.frameline.org.

Thanks for reading, and enjoy the show!
Posted by Philip Castor at 11:32 PM