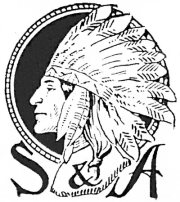 Once again I was at the Edison Theater, home of the Niles Essanay Silent Film Museum, where I was volunteering this past Sunday. The museum was busy that day, be we were having our EARTHQUAKE ANNIVERSARY SHOW. The Saturday night show was a huge hit and was completely sold out. Even the ABC 7 Evening News came out to report about the screening! We also had two more screenings on Sunday: a 2pm and 4pm screening. I was on the first shift, and had the pleasure of watching history unfold before me. Plus, we were also showing the recently restored long, lost film from the Miles Brothers that was thought to have been lost forever. 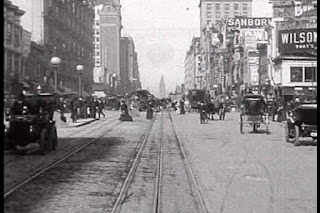 A TRIP DOWN MARKET STREET (1906): The show started off with a museum staple. By now, you’ve heard about how our archivist/historian David Kiehn deduced that the film was made just four days before the 1906 Earthquake that rocked San Francisco. You may have also seen the story on 60 Minutes where Kiehn was interviewed by none other than the legendary Morley Safer. This local film was selected by the Library of Congress to be part of the National Film Registry in 2011. It’s a silent film that I’ve seen more than any other silent film. It’s a film that captured history before history took place four days later. 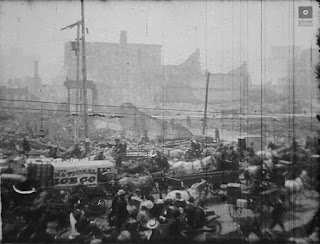 AFTER THE QUAKE (1906): After the earthquake destroyed most of San Francisco, the Miles Brothers shot over two hours of film of the devastation that it had caused. Unfortunately, the footage was considered lost. Then in 2017, Jason Wright, a film historian from the bay area now living in England, bought the remaining nine minutes from a man named David Silver, who found the film at the San Francisco’s Alemany Flea Market. Wright then contacted Kiehn in helping to restore this cinematic find. He spent the past eight months preparing a digital version that premiered at the museum for the show. After seeing it, it felt like it was the bookend to A TRIP DOWN MARKET STREET, and it was simply amazing to see it up on the silver screen. It was history thought to have been lost, but thanks to Kiehn and Wright, it no live on forever!

THE DESTRUCTION OF SAN FRANCISCO (1906): The film is an amalgam of footage shot by the Edison, Pathe, and Biograph film companies as well as some footage shot by the Miles brothers. It shows the devastation caused by the earthquake an by the subsequent fires that blanketed the city in a cloud of smoke.


Another great earthquake show at the museum. Remember folks the museum is open for tours every weekend from 12pm-4pm and every Saturday night there's a silent film show starting at 7:30pm (doors open at 7pm). So if you would like to learn more about the Niles Essanay Silent Film Museum, on how to become a member, and to view their film schedule, visit their website at www.nilesfilmmuseum.org.

Thanks for reading, and enjoy the show!
Posted by Philip Castor at 4:03 PM