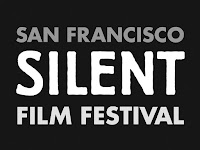 Greetings and salutations and welcome to Day Three of my trip to the 24th Annual San Francisco Silent Film Festival! After the first two days, I was on a silent film high! With the exception of three movies, I have never seen any of the other films playing at the festival, let alone heard of them or know of their existence. This is what makes me so excited about attending the festival year after year after year! So, let's talk about all the wonderful silent films I saw today, shall we? 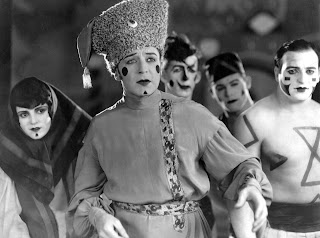 The first movie was the love triangle drama entitled YOU NEVER KNOW WOMEN. Magician and escape artist Norodin (Clive Brook) and his partner Vera (Florence Vidor) are performers in a traveling Russian circus troupe. He is madly in love with Vera, but she doesn't recuperate those same feelings for him. But when pompously rich aristocrat Eugene Foster (Lowell Sherman) enters the picture, she falls for him but under false conditions. And he won't stop until Vera is all his, by any means necessary.

Now this was a great dramatic love story that really gets you invested emotionally! You couldn't help feel sympathy for Norodin, as he wears his heart on his sleeve, only to have Vera dismiss it. Both Vidor and Brook have great chemistry together, and Foster made for a great heel performance. The film's director William Wellman went on to become a very successful filmmaker, and is best known for the 1927 Academy Award-winning film WINGS and as the writer/director of the original 1937 film A STAR IS BORN. Due to his larger-than-life personality and lifestyle, he was also known as "Wild Bill," the nicknamed he was bestowed upon with during his time as an aviator during World War I. The film was originally released by Paramount Pictures on September 20, 1926. Musical accompaniment was provided by the great Philip Carli. 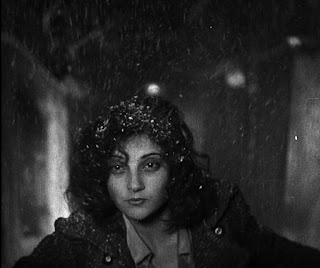 The second movie I saw was TONKA OF THE GALLOWS (TONKA SIBENICE), an intense Czechoslovakian drama.Big city woman Tonka (Ita Rina) comes back home to visit her mother in their small town and showers her with gifts. Little does her mother know that Tonka is actually a
prostitute, who on one fateful day, accepts an offer form the police to spend the night with a condemned man before he is to executed the next day. Because of her selfless deed, she becomes condemned herself and thus is cast disowned by her mom and her fiance. Shunned by society, she becomes a homeless drunk, but can she be redeemed by those who chastised her, but more importantly, can she learn to forgive herself?

Rina is just so stunningly breathtaking in the movie, and she is one of the finest actresses I have ever seen from this era! I was memorized by her beauty, her pose, and her performance, which was heartbreakingly exquisite!! How in the hell have I not heard of her before? I'm making it a mission to learn about this overlooked actresses! Karl Anton did an amazing job of directing the film, capturing the painful story of our poor unfortunate Tonka! The film was originally released in on March 4, 1930. Musical accompaniment was provided by the always incredible Stephen Horne. 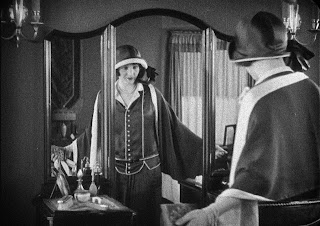 Next up was HUSBANDS AND LOVERS, a smart and hilarious comedy that tickled my funny bones! Grace Livingston (Florence Vidor) is married to her ungrateful and insensitive husband James (Lewis Stone). After feeling mistreated and talked down to, she flips the table and decides to work on her self-image and makes James to fend for himself. But when James' friend and co-worker Rex Phillips (Lew Cody) sees Grace all dolled up, he pays attention to her and soon the both develop feelings for one another. While their love grows, James must contemplate whether to break them up or bow out the picture gracefully.

Co-writer and director John M. Stahl is best known for the 1945 film noir film LEAVE HER TO HEAVEN. Florence Vidor proved that she had grace and beauty while showing off her comedic timing. Lewis Stone played a terrific jerk off, but then redeemed himself in the end. Overall, I found the film delightful, funny, and charming! The film was originally released by First National Pictures on November 2, 1924. Musical accompaniment was provided again by the great Philip Carli. 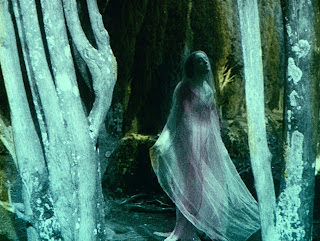 After a quick break, it was time to watch RAPSODIA SATANICA, an interesting export from Italy. A variation on the Faust myth, the film's about Contessa Alba d'Oltrevita (Lyda Borelli), an elderly woman who makes a deal with the demon Mephisto (Ugo Bazzini) to make her youth and beautiful again. However, there is a catch (of course there is) and it's that she must stay away from love or she will lose her new found beauty. But right after this, she meets Tristano (Andrea Habay) and Sergio (Giovanni Cini), two brothers who fall madly in love with her. The question becomes whether or not she can resist their love, and which brother wins her heart?

Upon the conclusion of the film, two things popped in my mind. The first on was, "Wow! That was a fast, short film!" The second thought was how poetic and artistic it was. It examination on themes such as life, love, and death are subjects that we still deal with to this very day. Plus there were scenes that were colorized with stencil-colors, which gave those particular scenes a veil of depth and importance. Unfortunately, this would be the final film for its director Nino Oxilia, who passed away on November 18, 1917. The film was originally released in Italy by Società Italiana Cines in July 1917. Musical accompaniment was provided by the beloved Mont Alto Motion Picture Orchestra. 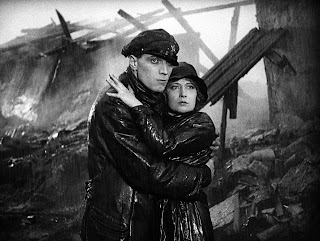 Film number five was the German export THE LOVE OF JEANNE NEY (DIE LIEBE DER JEANNE NEY). Set the Crimea after the Soviet Revolution,, the Reds and the Whites aren't done fighting, and Jeanne (Édith Jéhanne) discovers her man Andreas Labov (Uno Henning) is a Bolshevik soilder (he even kills her father, but that doesn't stop her from loving him). After losing her father's home and fortune, she leave for Paris, where she works as a secretary for her uncle Raymond (Adolph Edgar Licho) private eye office. Soon after, Andreas arrives in France to organize the sailors in Toulon. Also in town is the no good sleazebag Khalibiev (Fritz Rasp), who wants Jeanne in the worse way. His plan includes marrying Raymond's blind daughter Gabrielle (Brigitte Helm), then kill her afterwards, steal a priceless diamond from Raymond's safe, and run away with Jeanne! The only thing that stands in his way is Andreas, but even he might be no match for Khalibiev's evil scheme.

This was a stellar crime drama that was filled with twists and turns and in the middle was a great love drama! Filled with political and social commentary, espionage, and mind-blowing camerawork and compositions, the movie felt way ahead of its time! It was an extraordinary cinema experience and I'm hoping this movie is available on Blu-Ray!! Another aspect I loved was seeing Brigitte Helm as the blind and naive Gabrielle. Helm is most famously recognized as Maria in Firtz Lang's 1927 sci-fi classic METROPOLIS. The film was originally released by Universum Film (aka UFA) in Germany on December 6, 1927. Musical accompaniment was provided by the Guenter Buchwald Ensemble: Guenter, Frank Bockius, and Sascha Jacobsen. 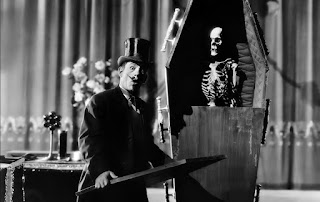 The sixth and final film of the night was a classic that I've seen several times before, but never at the Castro Theatre. WEST OF ZANZIBAR stars The Man of a Thousand Faces himself, the great Lon Cahney Sr. as The Great Phroso, a magician whose wife Anna (Jacqueline Gadsdon) leaves him for another man Crane (Lionel Barrymore). After their fight leaves Phroso crippled, be vows revenge against him and takes their illegitimate daughter Maizie (Mary Nolan) with him. Eighteen years later, he has been living in East Africa under the name "Dead Legs." He begins to put his plan for revenge in motion, only to have Crane turn his plan against him when he unveils the shocking truth about Maizie's true parentage!

Director Todd Browning was well known for making dark, disturbing, and macabre movies with controversial topics and bizarre subject matters. Both Browning and Chaney made a total of ten movies together, and they were planning on making DRACULA for Universal. Unfortunately, Chaney passed away from throat hemorrhage on August 26, 1930. His acting was second to none, and having dead parents, he was able to express himself more so than other actors of the silent film era (in today's term he would be classafied as a C.O.D.A. which stands for Child of Deaf Adults). Browning went on to direct other horror classics, such as THE UNHOLY THREE, LONDON AFTER MIDNIGHT (a lost silent film), FREAKS, MARK OF THE VAMPIRE, and of course DRACULA. The film was originally released by Metro-Goldwyn-Mayer (MGM) on November 24, 1928. Musical accompaniment was provided once again by Stephen Horne and percussionist Frank Bockius.

And that was Day Three of the 24th Annual San Francisco Silent Film Festival! I'm getting down to the wire, with only two more days left! To view the festival's film schedule, purchase tickets and passes, location of hotels to stay at during the festival, please visit their official website at www.silentfilm.org.

Thanks for reading, and enjoy the show!
Posted by Philip Castor at 7:46 PM