Hello again folks and welcome to Day Two of my trip to the 18th Annual San Francisco Silent Film Festival! Today I saw four films and a presentation. So before heading out to the majestic Castro Theatre, my friends Lara (Backlots), Elijah and I stopped over at Orphan Andy's and filled up on breakfast. I filled up on pancakes while Elijah had the French Toast (I had it yesterday. I wanted pancakes today). So after breakfast, the three of us headed back to the Castro for more silent film fun! 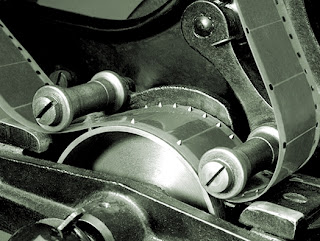 At 11am the festival had a free admission to their annual AMAZING TALES FROM THE ARCHIVE series. The purpose of this series is to educate the audience about the painstaking process of saving and restoring silent films. This morning's presentation focused on two restorations. First up was the festival's president Robert Byrne, who gave a slide show presentation on the restoration of the 1916 Douglas Fairbanks film HALF BREED (which will be screened on Saturday, July 20th at 12pm). Robert explained that the restoration was culled from three different print sources: a 35mm print from both The Library of Congress and the Cinematheque Francaise (which partnered with Robert with this project) and from a 1926 16mm film print from Lobster Films. He talked about finding missing scenes, how the story and character names were changed from print to print, different titles cards, and how it was all put together. I for one can't wait to see this restored long lost film!

Next up to speak was the lovely Celine Ruivo from the Cinemathe Francaise. She discussed the restoration of sound cylinders of Phono-Cinema-Theatre, which was live and synchronized music set to silent films featuring opera singers and such. At the end of her presentation, she showed us one of these rare artifacts and it was truly a sight to see and hear! These were very popular at the Paris Exposition Universelle of 1900, and now 100 years later, we the people of the 21st century can witness these historic treasures!

Stephan Horne provided the music during the film clips that were shown during this informative program. 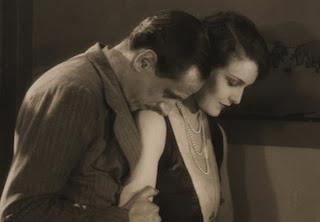 The first film of the day was THE FIRST BORN (1928). This melodramatic British import stars Madeleine Carroll as Madeleine, who's married to Hugo Boycott (Miles Mander), a rather uncaring couth who likes to cheat on his wife. After a big fight, he leaves home and tells her via telegram that he's not coming back home because she hasn't given him the one thing he wants: a son. She tells her sob story to her manicurist, who suggests to Madeleine that she should adopt her unborn child and pass him off as her own. The ploy works and he returns home. Two years later and she has another child (this time it's hers). But Hugo's infidelity causes problems for them, and Madeleine has gotten close to their bachelor friend David (John Loder). Soon secrets are exposed and a startling revelation rocks Madeleine's entire world.

This is a perfect example of great British filmmaking! It's beautifully photographed, had outstanding acting in it, innovative camerawork, and an unexpected twist ending that I did not see coming! Both Carroll and Mander were incredible in the film, creating that atmosphere of lies, deceit, and sexual deviance. What's really sad is that there were so many great silent films coming out of the UK that unfortunately did not receive the praise and critical acclaim that they so richly deserved. In fact, many critics dismissed these films, saying that they were amateurish and not worth watching, except the films from a certain director named Alfred Hitchcock. Thanks to the festival, I was able to see a truly remarkable and unforgettable work of art!

Providing the musical accompaniment was the great Stephen Horne, who played piano, accordion, flute, and chimes! How does this guy do it?!? 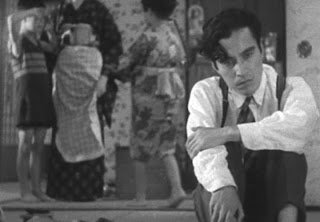 The second film I saw was TOKYO CHORUS (1931), directed by the legendary Japanese filmmaker Yasujiro Ozu. The film opens at an all boys school that has a crazy looking teacher with Keystone villain looking mustache. Then we are introduced to a motley crew of boys that are less than model students. Especially out protagonist Tokihiko (Shinji Okajima), who likes to annoy his teacher and smoke when he's not looking. Fast forward a couple of years later and Tokihiko is a married man with three kids and sells insurence. But when one of his fellow co-workers is fired, he challenges his boss' decision, only to get himself fired as well. The rest of the film focuses on Tokihiko trying to look for work while keeping his family together and happy.

What I love about Ozu's films are the way he combines humor with social issues such as unemployment, sacrifice, and family values and tradition. The film showcased his directing style, which a hybrid of simplicity and interesting pans and zooms. The acting in the film was both funny and heartfelt. We sympathize with Tokihiko because we have all been there at one point in our lives. I was unemployed for almost a year once. Watching Tokihiko looking for work hit close to home for me. Truly a remarkable work of art! One of my favorite surprises at the festival thus far!

The great Stephen Gong supplied the music, playing both the grand piano and violin. Sometimes at the exact same time!! Ok I can barely walk and chew gum at the same time! How do people like Gong and Horne play multiple instruments at the same time! My mind is totally blown away right now folks! He also introduced the film as well. 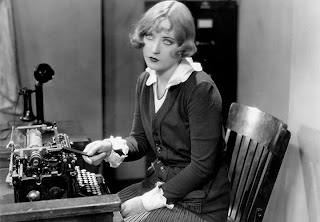 Film number four was the silent comedy classic THE PATSY starring the beautiful Marion Davies as Patricia Harrington! Poor Pat. Her own family treats her like she's nothing, especially by her Ma (Marie Dressler) who favors Marion's prettier sister Grace (Jane Winton). Too make things worse, Pat's in love with Grace's guy Tony (Orville Caldwell), but he doesn't even know that she even exists. With support from her Pa (Dell Henderson), she seeks out a new personality in hopes to win Tony's heart, or at least to have him notice her.

Director King Vidor (Show People) keeps the laughs coming fast and captures Marion's perfect comedic timing. She is beautiful and funny, which is very difficult to pull off at the same time. It's hard not to fall in love with her. She poses eyes that are so enchanting that you want to swim in them. Her ability to impersonate other actresses is uncanny! Her impersonation of Lillian Gish is spot on! Also, she has the acting chops to make us sympathize for her. She is treated like an indentured servent by her mom and sister. She wants Tony to love her. We can relate to her because she's one of us! In the festival's program, the film's described as a " sparkling Cinderella story for the jazz age." My favorite film of the festival thus far!

Bringing the film to life with the sound of music was the excellent Monte Alto Motion Picture Orchestra! They were outstanding! Also before the screening, Mike Mashon from the Library of Confress did the introduction. It was also his birthday! So we all sang "Happy Birthday" while Monte Alto provided the music! 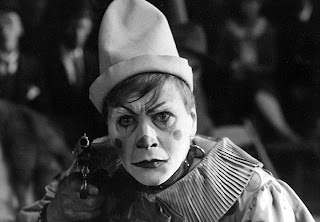 The last film on Friday was the Danish import THE GOLDEN CLOWN (KLOVEN) (1926). The film focuses on a traveling circus run by a mom and pop who have a beautiful horse riding daughter Daisy (Karina Bell). She is in love with a clown named Joe (Gösta Ekman) who just happens to possess a magnificent singing voice. This talent leads him to Paris where becomes famous literally overnight. While he doesn't let all this fame and fortune go to his head, it swallows Daisy up and soon she finds herself falling in love with another man. Joe finds himself in a downward spiral that even he cannot escape from.

Wow, this is a depressing film, but depressing in a good way. It's wonderfully photographed, very well acted, has a nice, healthy dose of drama, deceit, betrayal, lies, regret, death, and love lost. And I love this! In the beginning, everybody is happy and things are alright for out friends in the film. But as soon as the move to the "big city," life becomes complicated an things start to go awry. See, it's better to stay in the country because the sin of the big city will corrupt you and then kill you! So stay home at lock your doors! Beware of the big, bad city!!

Providing tonight's musical accompaniment was the astounding Matti Bye Ensemble, who played a brand new score made specifically for this film! After listening to them play for two hours straight, I was completely drained! What a performance!!

And that was Day Two of the festival! I'm having so much fun here! Remember, the festival will be going till Sunday, July 21st so there's still time to join in on the silent film fun! To view the festival's film schedule, purchase tickets and passes, location of hotels to stay at during the festival, please visit their official website at www.silentfilm.org.

Thanks for reading, and enjoy the show!
Posted by Philip Castor at 2:10 AM