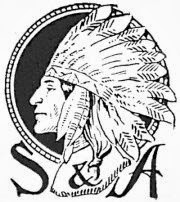 You know, it's been way too long since I visited my friends over at the Edison Theatre, home of the Niles Essanay Silent Film Museum. So this past Saturday night, I ventured back out to Downtown Niles to attend their monthly Silent Comedy Night. Joining me on this fun-filled adventure was my good friend Amanda and out best friend's daughter Katie. After having dinner over at Broncho Billy's Pizza Palace, it was off to the movies!

THE IMMIGRANT (1917): Charlie Chaplin stars in this short as an immigrant on a very rocky ship that's sailing for America. He meets a beautiful girl on the boat ride, Edna Purviance. They part ways but meet up again at a eatery with Eddie Campbell as the waiter/bouncer who serves them. And poor Charlie is broke!

This was one of films Chaplin made for the Mutual Film Company, which he signed with in early 1916 after leaving the Essanay Film Manufacturing Film Company. Mutual offered Chaplin a $150,000 signing bonus and his own production company called Lone Star Corporation. This is one of my favorite shorts from the Chaplin/Mutual era. The film was released on June 17, 1917.

NEIGHBORS (1920): Buster Keaton and Virginia Fox play young lovers who live next door to each other, but their fathers despise each other with a passion. With only a wooden fence separating the families, Buster uses it as a prop to perform some hilarious slapstick comedy. But will true love triumph over adversity?

The film was directed by Keaton and his long-time collaborator Edward F. Cline, and was produced by Joseph M. Schenck. Schenck would go on to produce some of Keaton's most beloved classics such as STEAMBOAT BILL JR. and THE GENERAL. NEIGHBORS was released on December 22, 1920.

After a brief intermission, the show continued with...

GET OUT AND GET UNDER (1920): Harold Lloyd accidentally oversleeps and wakes up late for the big amateur play that is happening that afternoon. He takes his brand new car to get their but unfortunately there's a lot of obstacles in his path: his angry neighbor whose plants that Harold ran over, his car keeps stalling and chases it up and down hills, and there's a lot of cops chasing after him. His tardiness compels his girlfriend/leading lady (his future wife Mildred Davis) to replace him in his role with his rival (Fred McPherson), so Harold must get to the theater fast!

The film was directed by the King of Comedy Hal Roach. Roach is a legend who has launched many comedians such as Charley Chase, Our Gang series aka The Little Rascals, and Laurel and Hardy. The film was released to theaters on September 26, 1920.

LIBERTY (1929): Yup, the boys are in the house! Stan Laurel and Oliver Hardy portray escaped convicts.While trying to get dressed in the regular clothes in the back of their escape car, they realized that they are wearing each others pants. So they spent the entire movie trying to get their pants off, which leads them to the top of a skyscraper that is under construction! Uh-oh!!

To achieve the amazing looks of the boys dangling from the top of a skyscraper, the crew went to the top of a building and built a fake skyscraper about 10-15ft off the ground. And shot in perspective, it created the illusion of height. Harold Lloyd used this same trick in his 1923 silent movie masterpiece SAFETY LAST. The film was released on January 26, 1929.

What a great night for silent comedies! Remember the museum is open for tours every weekend from 12pm-4pm and every Saturday night there's a silent film show starting at 7:30 (doors open at 7pm). So if you would like to learn more about the Niles Essanay Silent Film Museum, becoming a member, and to view their film schedule, visit their website at www.nilesfilmmuseum.org.

Thanks for reading, and enjoy the show!
Posted by Philip Castor at 8:54 PM