After the final screening of the CAAMFest San Jose at the Camera 3 Cinemas, I ran into Masashi Niwano, the festival and exhibitions director in the theater lobby. He asked me what were my favorite films during the weekend, to which I responded. Now since I have severe OCD, I had my favorites listed by category: narrative, documentary, and what I call undiscovered gem, which is a film that catches me by surprise. Masashi liked my choices and appreciated my feedback. While driving home I thought to myself, "Hey! I should post that for my blog! What a great idea!" So ladies and gentlemen, it is my honor to present to you all my Top Three Film Picks from the inaugural CAAMFest San Jose!! 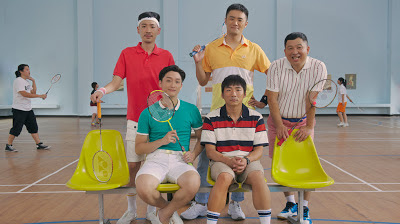 FAVORITE NARRATIVE FILM: WILL YOU STILL LOVE ME TOMORROW?
From the opening scene from Arvin Chen's film, I knew I was seeing something really special. Equal parts romantic comedy, drama, and queer cinema, Chen's film also has that distinctive feel of a Wes Anderson movie; which only elevates the film to new heights. Funny, sweet, heart warming, as well as touching, introspective, and surreal, this was an easy pick for me! One of the finest films I've seen in a long time! To learn more about the film, check it's official website and "Like" the film on Facebook! 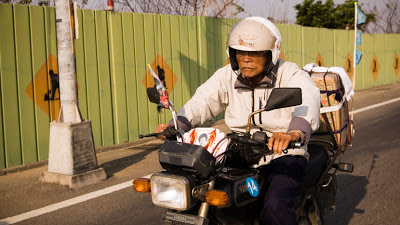 FAVORITE DOCUMENTARY: GO GRANDRIDERS!
Truly one of the most inspiring documentaries ever captured onto film! This simple story about a group of over 80 senior citizens traveling on a 13 day motorcycle tour around the island of Taiwan is a testament to the human spirit, showing us that life doesn't have to slow down when you get older. And as I said in my original review, this film should inspire you to live every single day of your life to the fullest! I found myself getting choked up during the screening because I was so touched my these people! My favorite documentary at the festival! The film will be the very first Taiwanese documentary to be released theatrically here in the states, so I encourage you all to see this once it's released! In the meantime, please visit the film's official website at http://gograndriders.com. 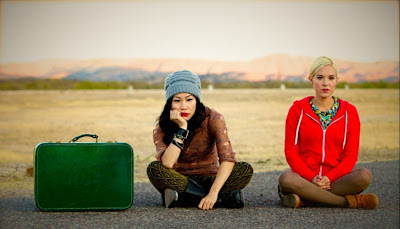 UNDISCOVERED GEM: BEST FRIENDS FOREVER
OK, I did not see this film coming. While reading the film's synopsis in the schedule, you really don't get the full brilliance of it. Here's a girl buddy road trip film, mixed with an apocalyptic disaster film, and you get one of the most intriguing and fascinating films ever! It really did caught me off guard because it was so different and original! Plus the stars of the movie wrote and directed the film and it was shot on glorious super 16mm film stock! All these factors make this an undiscovered gem of a film! Highly recommended!! Check out the movie's official website at http://bestfriendsforeverfilm.com.

And folks there you have it! My Top Three Film Picks from CAAMFest San Jose! So be on the lookout for any of these films in your local theater, on cable, or VOD, or any other media outlet! Also, if you would like to learn more about CAAM, their mission, and how to make a donation, please visit their website at caamedia.org.

Thanks for reading, and enjoy the show!
Posted by Philip Castor at 8:10 PM